W:/2016ALBUM/ is the eighth studio album by deadmau5. It was officially released on December 2, 2016 on mau5trap. The album contains the two singles "Snowcone" and "Let Go". 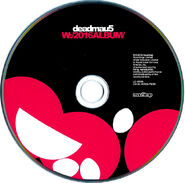 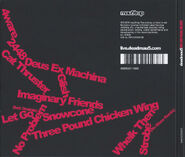 The stylized tracklist from the CD.
Community content is available under CC-BY-SA unless otherwise noted.
Advertisement