"Maths" was the first single deadmau5 released from his album > Album Title Goes Here <. It was released on February 17th, 2012.

Originally, Maths was meant to be the 12th track on deadmau5's album 4x4=12, however due to time constraints deadmau5 had to cut the song from the album.

A revised version of Maths was later featured in a video that deadmau5 had uploaded to Youtube called 'Drowned Rat', which featured Joel water skiing on Lake Ontario.

Finally, two years after its original intended release with 4x4=12, deadmau5 released Maths as a single on February 17th, 2012. A video was uploaded to Youtube, featuring numerous mathmatical expressions and symbols, as well as "_MATHS_", "_DEADMAU5_" and "><><><><><", meant to be a music video for Maths. deadmau5 revealed in a post he made on Facebook that it was an unofficial video that someone from his label had put together and uploaded without running it by anyone first. On August 14th, when deadmau5 revealed the tracklist for > Album Title Goes Here <, Maths was shown to be the sixth track on the album, making it the album's first single. 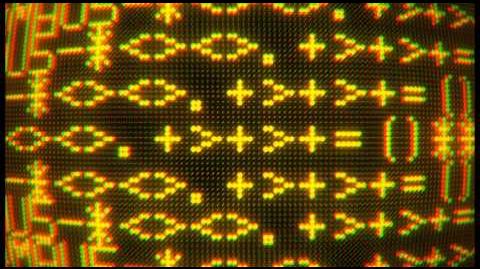